What is Deep Brain Stimulation?

Deep Brain Stimulation, thought to be a breakthrough procedures in the treatment of movement disorders, is done via implantation of electrodes in certain area of your brain which then produce electrical impulses. These electrical impulses can help stimulate cells within the brain to release hormones or they can even be used to regulate any abnormal impulses which may be produced by the brain.

The electrode and the impulses they fire off are controlled by a neurotransmitter which is placed under the skin in the chest region. The two are connected through wires which run from your chest to your brain under the skin.

When is Deep Brain Stimulation used as a form of treatment?

This procedure is used to treat conditions which produce uncontrollable, abnormal movements, such as:

It has been used for decades as a form of treatment for intractable, chronic pain, and only of late is being used for the above mentioned movement disorders. But it must be kept in mind that not all patient with these conditions will be candidates to undergo this procedure. Only a selected number of them will be.

Currently it is also being experimentedsuccessfully as a form of treatment for conditions like depression, addiction, dementia and recovery from a stroke.

The indication for the use of Deep Brain Stimulation as a form of treatment for these conditions is when medical management has failed to show improvement of symptoms.

Are there different types of deep brain stimulation?

There are currently four different types of Deep Brain Stimulation being practiced in terms of the location where the electrodes are placed. They are:

Choosing which method of stimulation will be suitable for each patient depends on factors such as the condition they are suffering from, symptoms the patient is displaying as well as the skill level of the surgeon.

Approximately how much will the deep brain stimulation surgery cost?

Although deep brain stimulation has been shown to be extremely beneficial to patients suffering from various motor disorders, the surgery itself and the post-operative care is very expensive. The surgery costs roughly about $22,000 and added to this is the additional cost of battery replacement of the neurotransmitter, which adds another $8,000 -$10,000 to the total cost.

Before you opt for deep brain stimulation surgery, you have to always weigh in the risks and benefits. Discuss this in detail with your doctor, and make an informed decision.

Despite its side effects deep brain stimulation is being heralded in bringing about significant improvements in the quality of life in patients who were suffering from motor functionality deficiencies, relieving them from having to take medication once every few hours and suffering from the systemic side effects of the medication. However, it must be remembered that the holistic outcome of this procedure is dependent on many factors like, oral medication regime, the natural progression of the disease, co-morbid conditions the patient may be suffering from, electrode placement and stimulation parameters.

What are the risks to undergoing deep brain stimulation?

Although deep brain stimulation is being considered a breakthrough method in the treatment of motor dysfunction, it is associated with its fair share of risks, which include:

What should I expect after deep brain stimulation surgery? 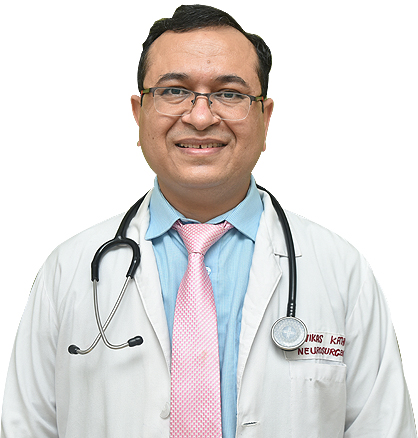